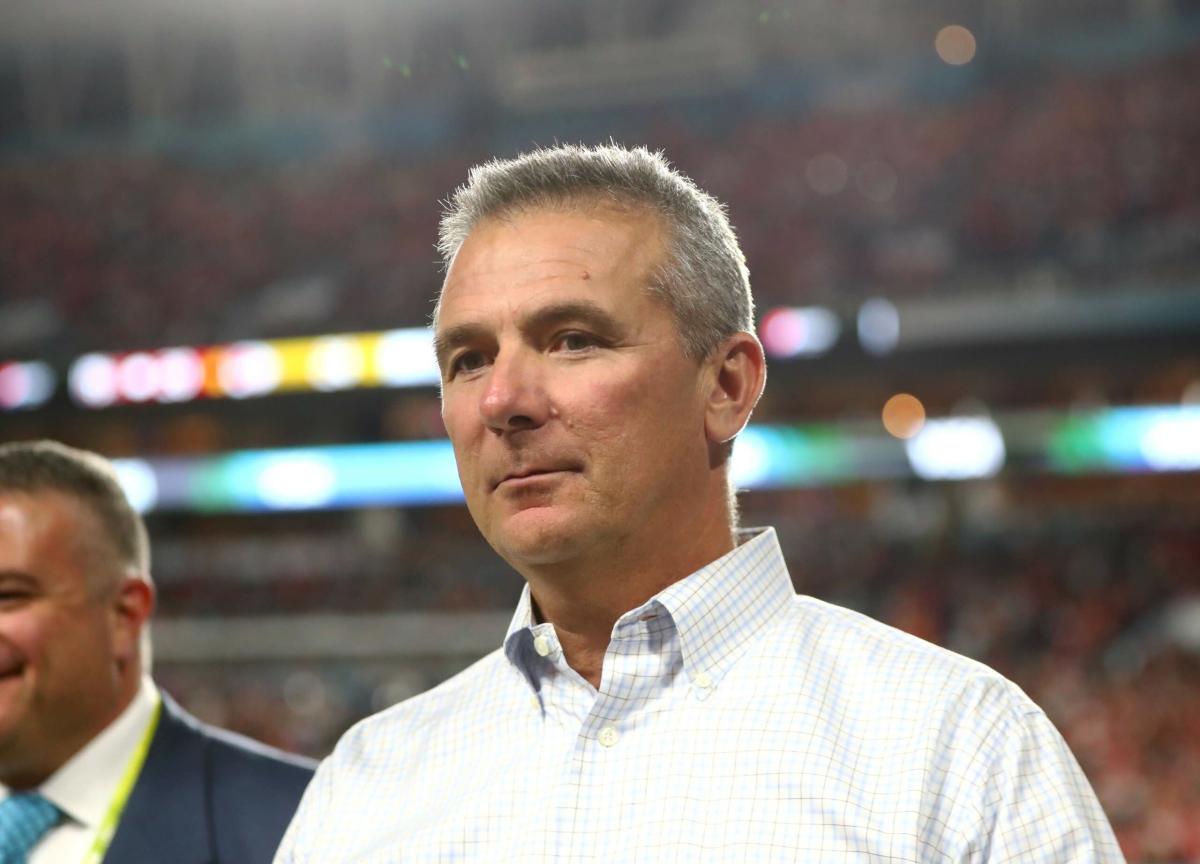 Urban Meyer hints at a return to television

To say it’s been a tough year for former Ohio State head coach Urban Meyer would be an understatement. There was the bar scandal, the train wreck that was his stint as head coach in Jacksonville, not to mention all the mud thrown at him in the media before, during and after his firing.

So who could blame Meyer if he wanted to walk away and never be in the limelight again?

But that may not be the case. In fact, according to some comments Meyer made on the “Tim May Podcast” earlier this week, he might be making a return to the TV booth. He hinted at a return to a familiar role when asked if he would ever consider working in a capacity similar to the one he had with Fox.

“It’s all still in conversation,” Meyer told May. “I love Fox, I love their team and their guys. There’s nothing finalized yet, but I plan to go back and do it. I really enjoyed it. I liked celebrate those who play, celebrate those who train. This is a great game. Not to be the type to tear people to shreds, but just celebrate this amazing game and more importantly the players who make this game. I plan to be back in the fall to do something like this.

Well okay then. If you know anything about the Fox show Big Noon Kickoff, Meyer was awesome. However, occupying a position of head coach hinders the availability to continue this type of concert. With the void left when Meyer took the Jags job, the network filled it with former Oklahoma head coach Bob Stoops.

As Stoops now looks to return to training with the XFL, there will once again be an opening on the FOX pre-game show. Will it be Meyer who could return to reprise his role? It looks like there’s at least a good possibility of that happening. We’ll just have to keep our ears open and eyes peeled to see if it actually comes to fruition.

Let us know your thoughts, comment on this story below. Join the conversation today.