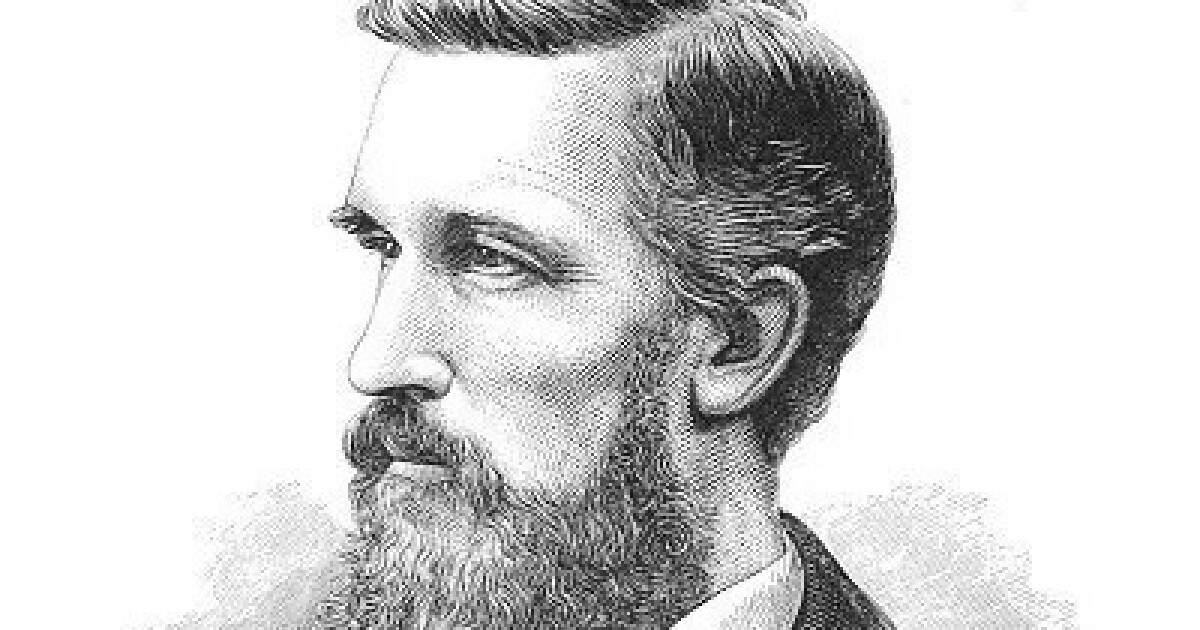 This Week in Illinois History: Elisha Gray, Inventor of the Telephone? (August 2, 1835)

Born August 2, 1835 in Barnesville, Ohio, Elisha Gray was a tech wizard with a keen interest in telegraph technology. He attended Oberlin College, and although he never graduated, taught electricity and science there.

He received his first patent in 1865 for the self-adjusting telegraph relay. In 1869 he and Enos M. Barton formed Gray and Barton, Co., which supplied telegraph equipment to the Western Union Telegraph Company. Gray and Barton, Co. moved to Chicago, and in 1871 their small factory narrowly avoided the devastating Chicago fire.

Gray retired in 1874 to focus on his own inventions. He created the first electronic music synthesizer by combining a small piano keyboard with electromagnetic circuits. The device sent notes by telegraph wire which were played by a loudspeaker at the other end. His first public demonstration was at the Presbyterian Church in Highland Park on December 29, 1874. In 1877, he organized a concert in Philadelphia which was performed live, via the Telegraph, in New York.

On February 14, 1876, Elisha Gray’s lawyer filed a claim for her invention of a telephone. (A caveat was an official intention to file a patent.) Hours later, attorneys for Alexander Graham Bell filed for a patent for Bell’s phone design. The ensuing conflict over who deserves credit for inventing the phone is controversial and the subject of many books.

In the end, the patent went to Bell. Some historians suggest that Bell’s attorneys had access to Gray’s warning, realized Bell’s phone wouldn’t work without some of Gray’s ideas, and copied his technology.

Although Bell achieved fame, Gray received over 70 patents during his lifetime, and his design is now considered the first successful prototype phone. His historic home in Highland Park, the building that housed his first telephone exchange and first power station, can still be seen today. The company founded by Gray and Enos M. Barton is now called Graybar and is on the Fortune 500 list of America’s largest corporations.

The rise and fall of telephone operators