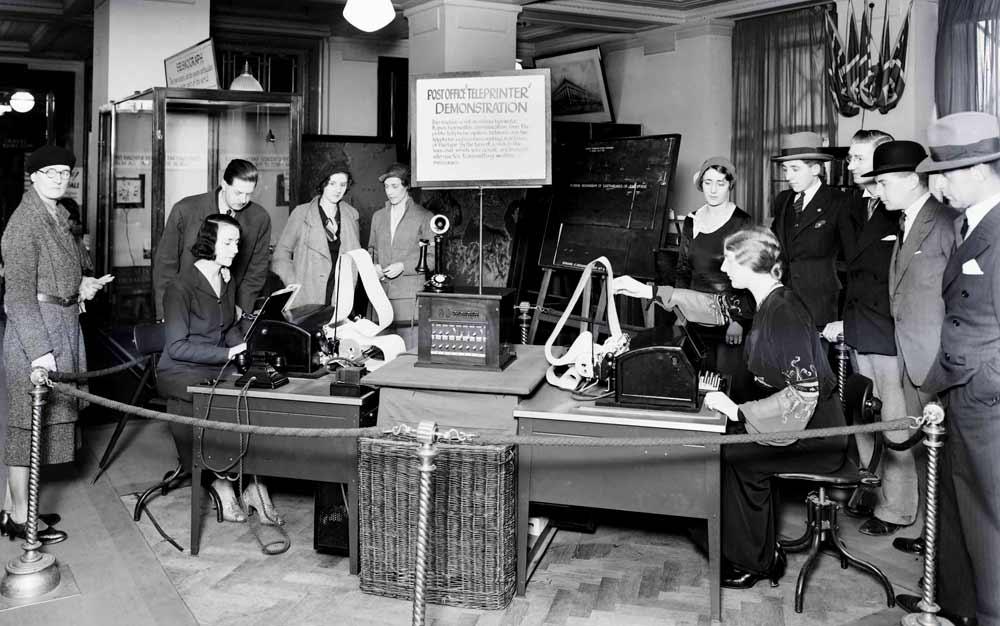 The technology of sending and receiving written messages made a major breakthrough just before Christmas in 1932, when the United Kingdom launched the Teleprinter Exchange.

The technology of sending written messages has developed a lot since writing and sending a messenger (preferably on horseback, but a marathon runner will do – perhaps Pheidippides, who ran from Marathon in Athens to transmit the news of a Persian defeat in 490 BC).

Today we are used to instant communication via email, Twitter or WhatsApp, but between those historic communication bookends is the teleprinter, which with its typewriter-like keyboard and communication capability ” instant ‘(for now) makes it the forerunner of today’s emails.

The big difference between the two is that the early tickers could send 66 words per minute, compared to 204 million messages per minute by email today *.

Its immediate predecessor was the old-fashioned telegraph, with its two operators tapping into messages over a wired circuit. British-born inventor David Hughes improved this in 1855 by creating the first mechanism for printing telegraph messages in words rather than dots and dashes.

The next leap forward was the teleprinter, which could receive and transmit using the Baudot code – a variation of Morse code based on a binary system of dots and crosses, invented by Ã‰mile Baudot in the 1870s and adopted by the predecessor of BT, the GPO, in 1897.

Originally known as the Teleprinter Exchange, this was abbreviated as Telex – and the first country to set up a public service was the UK in 1932 with the GPO’s Telex Printergram service. Commercial and private telex networks have gone global, using a system of unique telex numbers to identify destinations.

While telex is still important for providing links to and within the less developed regions of the world – and its security is valued in the banking world as well, with Swiss telex still very active – cell phones and email are widely on the agenda, and BT closed its last telex service in March 2008, lamenting that “all good things come to an end”. Apart, it seems, from the need to send messages.