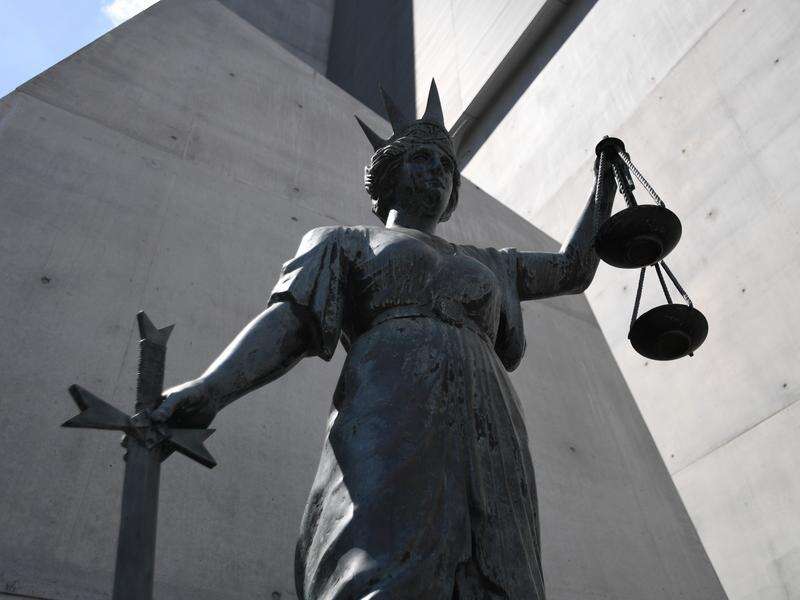 Weeks after leaving a man for dead in the bush, Wade Armstrong Flux tortured a bound teenager with a frying pan, gel gun and tomahawk.

Flux, 49, was described as dangerously and irrationally violent when he faced 20 charges in Brisbane Supreme Court over two “deplorable” incidents.

In June 2019, he was drinking and doing drugs with a man he had known for years in North Brisbane when he became violent.

A third person hit the man in the back of the head with a heavy object, knocking him out after Flux landed several punches.

They drove the man into the bush in Morayfield and left him in his van.

He was discovered two days later by a passerby.

The man was diagnosed with spine, nose and rib fractures and severe brain damage.

He now suffers from a speech impediment, memory loss, inability to process new information and can no longer work.

In his victim impact statement, the man said he was haunted by Flux “leaving him for dead” and that he had lost the will to live.

Flux told police months later that he gave the man “a belt he deserved” and once released from prison he would “beat” him again.

He told the officers that he was not the one who had struck the head but that if he had, the man would have died.

However, Flux was heard telling his wife on the prison phone system that he had checked on the man in his van every day, giving him water.

Flux also faced a series of charges for another “extraordinarily serious” incident.

In July 2019, Flux went to a residence in Bellmere to help someone recover a teenager’s property and became violent when told he had been sold.

Flux tied up the 18-year-old and drove him home, accusing him of theft.

After the teenager tried to escape, Flux tied him to a chair and hit his head with a frying pan before cooking a steak in it.

Flux then placed the teenager’s hand on a stump of wood and threw a tomahawk at him three times, narrowly missing the fingers.

A gel blaster was then fired at the teenager’s face, chest and neck “too many times to count” at close range by Flux.

Just as he finished eating his steak, the police arrived but they left after the terrified teenager didn’t say anything to officers who were told everything had been resolved.

The teenager was eventually allowed to leave after Flux threatened further violence, but he then turned himself in to the police.

“My client was a heavy drug user at the time and when he does he has a trigger for violence,” defense attorney Adrian Braithwaite said.

With time already served, he is eligible for parole in October 2023.