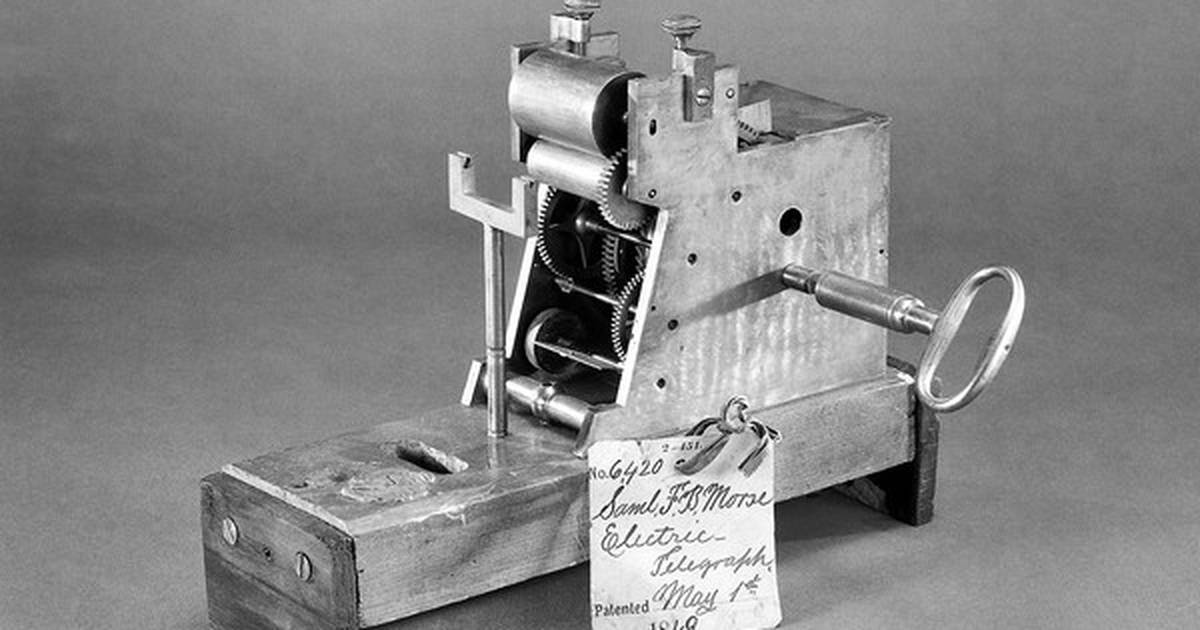 Samuel FB Morse gave the first public telegraph demonstration 178 years ago in Baltimore. The federal government was not impressed.

A sort of neglected anniversary has come and gone on May 24; it was the first public demonstration of Samuel FB Morse’s telegraph 178 years ago at B&O Mount Clare Station, now home of the Baltimore & Ohio Railroad Museum.

As with so many things, tragedy can be the mother of invention, and Morse’s development of the telegraph was born out of deep personal tragedy.

Samuel Finley Breese Morse, born in 1791 in Charlestown, Massachusetts, was a Phi Beta Kappa graduate of Yale University and earned his living as a portrait painter.

He was in Washington working on a commission in 1825 when he learned that his wife, Lucretia Pickering Walker Morse, had died of a heart attack in New Haven, Connecticut, shortly after giving birth to their third child.

In an age when news traveled by horse, railroad, steamboat and carrier pigeon, it took seven days for word to reach him in Washington from New Haven of his wife’s death, and at the time he is returned home, her funeral had already taken place, and she was buried in Grove Street Cemetery in New Haven.

It was during his tenure at Yale that Morse began to attend lectures on electromagnetism presented by Benjamin Silliman and Jeremiah Day, and in 1832, while returning from Europe by ship, he became acquainted with Charles Thomas Jackson, a Bostonian who was also a recognized expert. in electromagnetism.

Morse then began experimenting with what he called “galvanic fluid”, his term for electromagnetism, believing it was possible to send messages over a single copper wire, but the outside world’s faith in a such phenomenon was limited.

Facing widespread skepticism, Morse secured a $30,000 appropriation from Congress that enabled him to continue his work for what eventually became known as the telegraph.

Morse also created what is called Morse code, the dot and dash code used to send messages. Morse used different combinations of dots and dashes to represent the letters of the English alphabet and the 10 digits.

His friend, the Baltimorean John HB Latrobe, legal counsel for the B&O Railroad, eventually convinced the reluctant railroad chairman, Louis McLane, who thought Morse was nothing more than an eccentric and a dreamer, to allow him to run his “singing wire” from a basement room in the Capitol in Washington along the railroad right-of-way to Mount Clare station in Baltimore.

“By the way,” McLane told Latrobe one day, according to The Baltimore Sun, “there was a fellow here named Morse this morning. He’s got a plan to dig a trench along the rail line and put a wire in there and Of course, all this makes no sense and the government has no right to waste the people’s money in this way.

“Mr. McLane,” replied Latrobe, “you have been a minister in the Court of St. James, you have been Secretary of the United States Treasury, and now you are President of the Baltimore and Ohio Railroad: but I will tell you that man will live when your name and that of your children, yea, and those of your grandchildren’s children, are forgotten.

Curiously, the day before Morse was due to publicly unveil his invention, there was no mention of it in The Sun, but on May 7 and again on May 18, the newspaper covered it.

“Professor Morse’s Electro-Magnetic Telegraph, under construction between Washington and Baltimore, is now fully operational,” reported the newspaper in its May 7 editions, which announced that the Whig convention held in Baltimore had chose Henry Clay. as his presidential candidate. “The fluid traveled the entire 22 miles and back – doing 44 miles – in no discernible part of a second.”

A passenger on a B&O train bound for Baltimore learned of the death of his father, Mr. Godsby, former owner of the National Hotel in Washington, when the train stopped at Relay, and he received the news that had been telegraphed to the station. by the new electromagnetic telegraph, reports the newspaper on May 18.

On May 24, 1844, the first public demonstration of Morse’s telegraph took place at Mount Clare station, when he typed the biblical quote, “What Hath God Wrought” from Washington to Baltimore.

Plan your weekend with our picks for the best events, restaurant and movie reviews, TV shows and more. Delivered every Thursday.

Morse immediately saw the vast commercial possibilities of his invention when he typed in a second message: “Do you have any news.”

The next day, The Sun reported the event in a one-paragraph article:

“Professor Morse’s Magnetic Telegraph was completed yesterday at Pratt Street Depot near Light in its preliminary arrangement, the wires laid and all ready for communication. The result of next Monday’s conventions in this city will be sent to Washington by that means, where it will be known long before it is possible to transmit the information to the extremities of our own city. In truth, it is ‘work on the wire’ for a certain purpose.”

On May 31, The Sun sang: “Prof. The Morse telegraph has already proved, during the first week of its operations, to be of the greatest public importance. Time and space were completely obliterated.

AS Abell, founder of The Sun and no slouch when it came to embracing technology in news gathering and production – he saw the commercial and financial utility of the machine, the telephone and the machine to write Linotype – was a friend and early supporter of Morse.

Abell “assisted and promoted the establishment of the telegraph in every way in his power, foreseeing what a valuable instrument it was to be for the advancement of civilization”, the newspaper reported in a 1904 article.

In an ironic twist, Morse offered to sell his invention to the federal government for $100,000, but the offer was politely declined on the grounds that the telegraph was just a toy and would never pay for itself. .

The Fascinating Story Behind the “Hello” Telephone Greeting