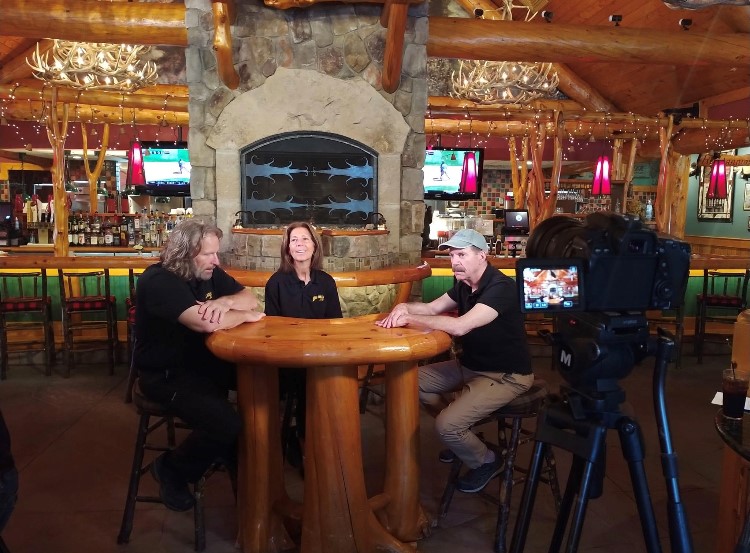 All eyes will be on popular Downriver locations next month, and that’s exactly the attention a band has been waiting for in this area.

The Destination Downriver Coalition formed a few years ago as a group of volunteers seeking to showcase communities in the region as travel destinations.

Their plan seems to be working, and it’s just kicked into high gear, thanks to a partnership forged with the PBS TV show Under the Radar.

Part of the deal was that the show would highlight the Downriver area when it aired.

After a process of reviewing several viable suggestions, several attractive locations were selected. The coalition asked mayors, supervisors and members of various downtown development authorities to contribute a list of interesting destinations in their respective communities.

According to the coalition, this compiled list was given to the Under the Radar team and they chose the following five locations to feature on their show:

● The Taylor Conservatory & Botanical Gardens: The mission of the foundation is to maintain botanical gardens for the public to enjoy and learn from, promote and cultivate, and preserve the natural environment. It is described as a spectacular getaway in beautiful gardens, woods, a large lawn and majestic pine trees.

● The Open Book Theater in Trenton: It is located just east of the intersection of West Road and Fort Street. In 2016, two showcases were transformed into a unique black box theater, with a large hall, ticket office, bathrooms, dressing room, technical stand, storage, etc.

● Detroit Salsa Company in Lincoln Park: This is a fourth generation family business. It traces its roots to Corktown Detroit. Its products can be found in various downline stores, but the store chosen for this separate recognition is located at 3464 Fort Street.

● Big Bear Lodge in Brownstown: This popular restaurant, located at 25253 Telegraph Road, is often called “Downriver’s Up North Cabin” because of its woodsy atmosphere. The owners intended to bring the experience of outdoor camping to its customers.

● The Flat Rock Trails: Whether you’re looking for an easy walk or a bike ride, you have the choice of trails connected by the greenways connected to Downriver. The paved trail offers options for biking, rollerblading, and walking. The Flat Rock Pathway is located on the banks of the Huron River, not far from where it empties into Lake Erie.

Cameras at those locations began rolling last week, and the show has already traveled to each location for filming.

Tom Daldin is the show’s host and Jim Edelman is the producer.

They are known to sing the praises of the Downriver region quite often.