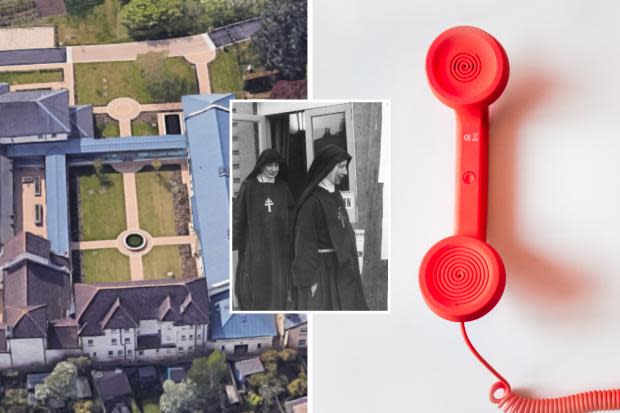 A convent charity has been awarded over £30,000 in damages – after it was found to be paying twice for its phone system.

SLG Charitable Trust Ltd, a charitable trust set up to support the Community of Sisters of the Love of God, a religious order of Anglican nuns based in Oxford, discovered in October 2019 that the Nottingham Telecom Solutions (GB) company had missed a change contract seven months earlier.

The contract for the Order’s leased telephone system was transferred from BNP Paribas to Grenke Leasing “on or about” February 1, 2019, the Oxford County Court heard.

Telecom Solutions was supposed to cancel the contract with BNP Paribas – but didn’t, later explaining that the matter had ‘fallen through the net’.

This meant the trust, which is based at the Convent of the Incarnation in Parker Street, was paying both BNP and Grenke for the same service.

On October 22, 2019, the trust’s financial manager emailed Telecom Solutions to say that she had “become aware” that quarterly payments to BNP Paribas were being taken from the association’s account by direct debit. . “We doubled payments for the same equipment,” she said, and itemized payments of over £3,500 that needed to be refunded.

A company staff member, identified in court documents only as “Grace”, responded six days later. She would “make sure” that the convent was reimbursed by the end of the week.

A few weeks later, on November 13, the head of Telecom Solutions said that there had been a delay in closing the previous contract with BNP Paribas. “[The accounts department has] confirmed that they will refund the payments you made on your previous contract,” she said and said the refund would be made the following Friday.

Although the cases were followed up on several occasions by the convent staff, the contract was not canceled and no reimbursement was made.

In February 2020, a member of staff at Telecom Solutions emailed the CFO saying the company had ‘requested the settlement amount from BNP’ and apologizing that the matter had ‘escaped the net and that we didn’t do it earlier”.

The following month, the convent’s financial officer emailed the company saying she had received no confirmation that the deal with Telecom Solutions had been canceled and that the sum of £7,332.52 had been paid to BNP Paribas.

Suzanne Bingham, the convent’s lawyer, wrote in court documents in June 2020: “Despite negotiations with [Telecom Solutions] and promises of payment, the refund has not been paid and remains due and payable.

On Thursday, Judge Melissa Clarke was told the company had gone into liquidation. But the official receiver, in charge of the liquidation of the company, “did not object” to the case continuing.

The company was not represented at the hearing. However, in August 2020 an official from the Midlands-based company had completed a response to the complaint. In the handwritten response, he said: ‘All settlements are paid directly to the lease [company] not the end user. The amount is totally wrong and it is simply not due to the SLG Trust.

The award was given to the SLG Charitable Trust Ltd, the body responsible for managing the assets and business affairs of the Sisters of God’s Love.

The trust, which Charity Commission documents show had registered assets of £31million in January 2021, is chaired by the Reverend Mother of the Order, Sister Clare-Louise.

This story was written by Tom Seaward. He joined the team in 2021 as a forensic and crime reporter from Oxfordshire.