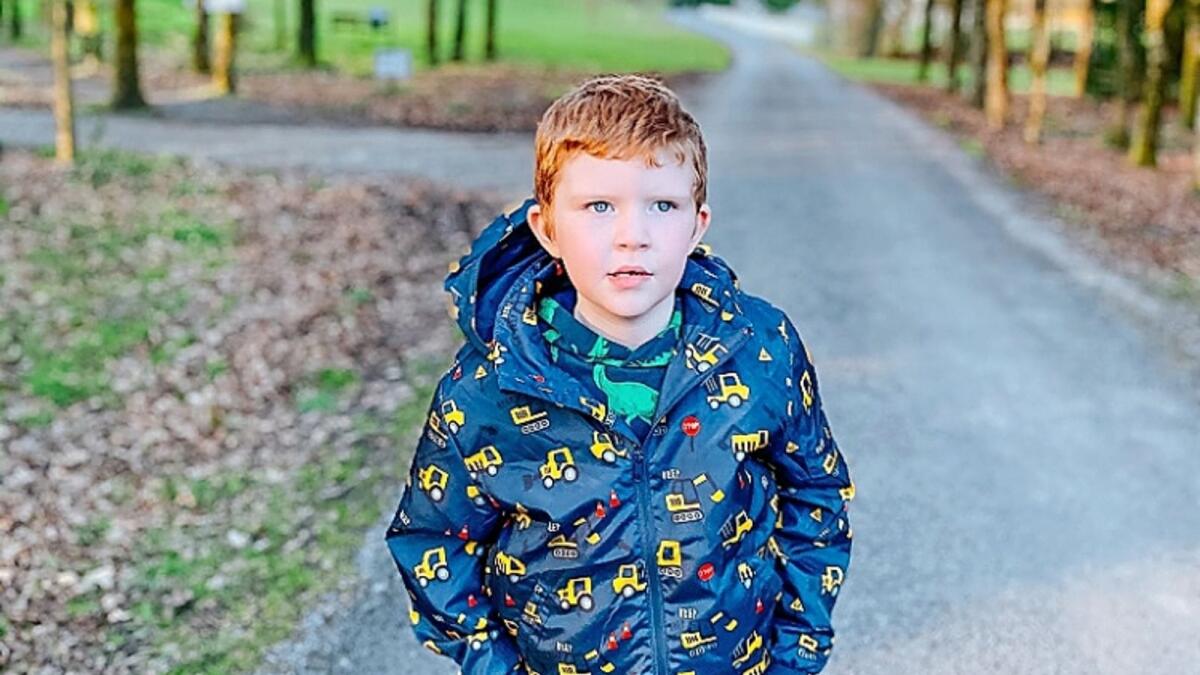 RECENTLY you may have seen television cameras filming in Dunnes stores in Castlebar.

Production details have yet to be released, but one of the stars for the day was young Jack Golden from Mayo Abbey.

Jack appears regularly on The Connaught Telegraph where his mother, Amanda McGuinness, writes a regular column, Little Puddins. Amanda’s three boys are autistic and she shares their journey and gives advice to parents through her Little Puddins blob and The Autism Educator platform.

In her most recent column for The Connaught Telegraph, Amanda shared Jack’s experience of becoming a star of the small screen. We will have details of his television debut when the series premieres.

I was so proud of him, of the way he handled and remembered his lines. He was a little superstar.

I was his chaperone, I watched him and supported him. The director and the entire TV production crew have been incredibly kind to my adorable Jack.

The main character, Joe Daly, was amazing with Jack and quickly bonded with my little puddin, putting him at ease. At one point, Jack pushed Joe into the store in a cart. I could hear Jack roar with laughter as he and Joe filmed their trip to the store.

Many thanks to all of the directors and staff at Dunnes Stores, they couldn’t have been nicer to my lovely Jack or more helpful to the director and the production team. It was nice to be a part of such a special show, but also to think that our lovely town of Castlebar will be featured on a TV show that will air nationally when it launches.

I was a very proud mom that day, but also a proud Mayo woman that our beautiful town and wonderful Dunnes stores will be seen across the country and my gorgeous Jack laughing and having fun on such a special production. Joe and the production crew gave Jack some nice gifts after the series ended filming and a special badge in remembrance of his time as a character acting alongside Joe Daly.

When I think there was a time when my gorgeous Jack couldn’t speak and now he’s talking and performing on a TV show, it fills my heart with gratitude.

The Little Puddins Blog and the Autism Educator

A selection of football teams from yesteryear