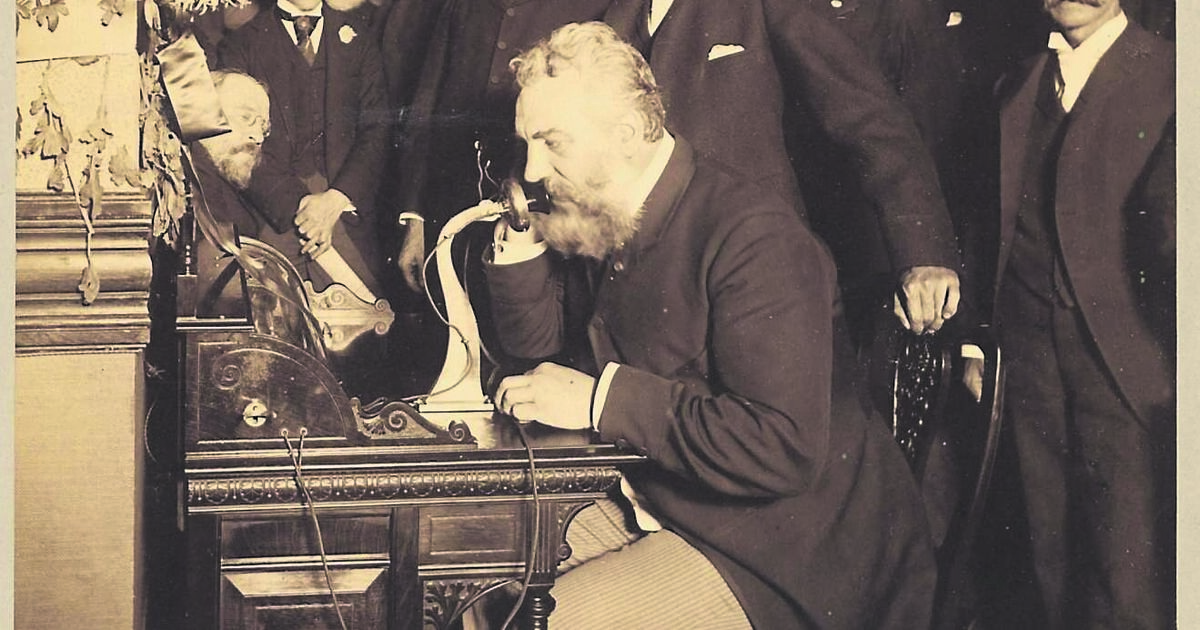 I saw a video a while ago where two young boys received an old phone. The black type we all had at one time, with the receiver on top and the circular dial on the front.

They were told to make a call, but they had no idea how to make it work.

They tried to dial the number with the handset still in place, then tried to speak into the handset without doing anything else, then examined it as if it were an alien. It was hilarious.

They were only used in every household for a short time, but telecommunications have changed so much, and so quickly, that they have become unrecognizable to a new generation.

We all depended on home phones in the past, but not anymore. They are old hat now.

We gave up using ours because the only people calling him were scammers looking for our money, but those parasites don’t have everything in their way either, because it’s hard to find someone to answer a landline these days.

I wonder, when Alexander Graham Bell invented the telephone, did he have any idea how it evolved? I doubt it, because his first words about his new invention were “Mr. Watson, come here – I want to see you.”

He wasn’t surprised when Watson answered his call immediately and he probably assumed it would always be like this. He knew very little.

If he were alive today, Mr. Bell would notice some changes. To begin with, it would be difficult for him to contact Mr. Watson’s office.

After dialing the number, he would have to listen to his options, select the one that suited him best, make several more selections, before being informed that Mr. Watson’s office was experiencing a high volume of calls and that the time to wait would be estimated in hours.

I experienced this recently while trying to get my Covid Booster certificate changed. The incorrect vaccination date was printed on it and I couldn’t change it online. So I had to use the phone number listed on the website.

I dialed the number, made the necessary selections, then waited 93 minutes before speaking to a human. A human who ultimately did nothing for me, but that’s another story.

It’s times like this that I think we could have been better off if Alexander Graham Bell hadn’t cared.

They say he refused to have a phone in his own office because he said it would only distract him from his work. This was during a time when I imagine receiving a phone call was a rare event, so he must have had some idea of ​​how intrusive his machine would become. He could not have foreseen the extent of it.

When I was a kid, our phone sat on a table in the hall. We picked it up when it rang or when we wanted to make a call and that was it. The rest of the time he just sat there minding his own business, and I don’t remember anyone sitting across from him watching him, because that would have been pointless.

These days, we look at our phones about 85 times a day on average. We check the time, weather, our emails, SMS, Whatsapp messages, Twitter updates, etc.

It is outside the time that we spend talking about it.

I am one of the afflicted. I can’t leave the house without her. In fact, I can’t move from room to room without reaching into my pocket to make sure she’s there.

My kids didn’t get as much care and attention, and that’s because Mr. Bell couldn’t spend his days climbing trees and playing football like the other kids.

He was too curious for that. He said, “The inventor looks at the world and is not satisfied with things as they are. He wants to improve everything he sees and wants to benefit the world; he is haunted by an idea. The spirit of invention possesses it, seeking to materialize.

Bell, who was born in Edinburgh in 1847, was certainly a determined character and made his invention work. It was worth it too.

In 1876, Bell offered to sell his telephone patent to Western Union for $100,000. Western Union operated American telegraph wires at the time, but its executives thought the telephone was just a fad. They didn’t see it was profitable, so they turned it down.

Two years later, in 1878, opinion of Western Union had changed dramatically. They knew if they could get the patent for $25 million, they would get a good deal.

Unfortunately for Western Union, the Bell Telephone Company had been launched at this time. They missed the mark.

According to history.com, Bell’s interest in sound technology was deep and personal, as his wife and mother were deaf. Her father was a professor of elocution at the University of Edinburgh and her mother, although deaf, was an accomplished pianist.

Bell did not excel academically, but he was a problem solver from an early age. At 16, he began to study the mechanics of speech and also learned Greek and Latin.

While living in America, he learned the Mohawk language and wrote it down for the first time. The Mohawk people made him an honorary chief.

When Bell was 25, he opened a school in Boston, where he taught how to speak to the deaf, and it was while teaching there that he met Mabel Hubbard, a deaf student. They married in 1877 and had four children, including two sons who died in infancy.

Bell died almost 100 years ago, in August 1922, at the age of 75 in Nova Scotia, Canada, and at his funeral all telephones in North America were turned off to pay tribute to the inventor. And they haven’t been quiet since.

Can Peer to Peer Lending Work for You?