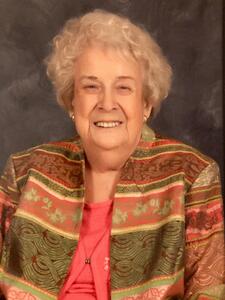 Christine F. Quattrone, 85, of Princeton passed away on Saturday, December 11, 2021 in StoneRise Princeton, WV. Born December 18, 1935 in Gary, WV, she was the daughter of the late Anton and Nevie Boozer Ketz. ‘Chris’ was the beloved wife of the late James Quattrone for 57 years and the devoted mother of five children.
As the youngest and last surviving member of the Ketz family, Chris is predeceased by his parents and five siblings, Victoria, Raymond, Billy, Tony and Walter Ketz, her husband James and son-in-law Joe Beard .
Christine is survived by her oldest son, Michael, and wife, Marla of Jacksonville, FL, son Paul and wife, Wendy of Houston, TX, daughter Lisa Sanders and husband Jay of Vienna, VA, daughter Theresa Beard of Shady Spring, WV and her daughter Christina Quattrone and her husband, Mauricio Lima of Colorado Springs, CO. She was the grandmother of Amanda Quattrone of Lincoln, NE, Nicholas Quattrone of Ganado, TX, and Jenna Sanders and fiance Sean McGillicuddy, and Kyra Sanders of Vienna, VA. A “like a girl” friend, Marla Okes of Salem, Va., And a caring friend, Donna Sloane, also mourn the loss of the family.
Despite her role as a wife, mother of five and career, Christine has always taken time for others. Prior to starting a family, she was an operator and later a ticket manager for Trailways / Greyhound. As her children were young, she attended school receptions and activities, a school volunteer, a Girl Scout leader, and later an officer of the local Sons of Italy Lodge. His passion for caring and giving came to fruition as a member of the Church of the Sacred Heart of Princeton. Early in her church life, Christine volunteered to raise funds for the construction of the current church. In her life after her children, she was a catechist, former member and president of the Altar Society, member of the parish council of the Church, and minister of the Eucharist for the sick and those confined at home.
Family invites friends for a 10:00 am visit followed by a 11:00 am Christian Burial Mass on Monday, December 20, 2021, at the Church of the Sacred Heart in Princeton. The celebrant of the Mass is Father Sebastian DeVasya. Interment at Woodlawn Memorial Park Cemetery in Bluewell, WV will follow church services. Family and friends will serve as porters.
Online condolences can be presented by visiting www.seaverfuneralservice.com.
In lieu of flowers, the family is asking for donations to be made to the Catholic Church of the Sacred Heart of Princeton or a charity of their choice.

The ultra-quiet and affordable lilM8 3D printer arrives on Kickstarter