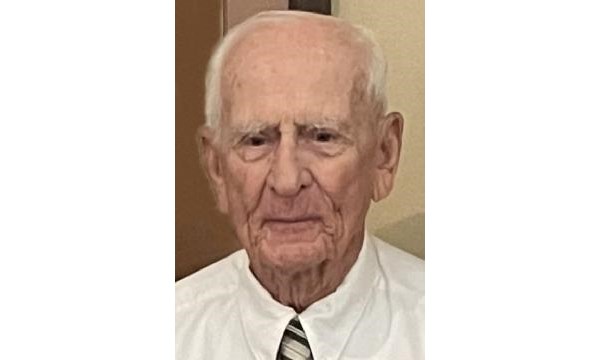 Billie John Reed, 87, of Hershey, died at home surrounded by family on November 23, 2021. Billie, one of five children born to Oren and Ruby Reed, was born on the family farm north of Scandia , Kansas, August 27, 1934. He grew up working on the family farm and even baled hay for 25 cents an hour in high school. Billie’s education began at Union Valley Country School before attending high school in Belleville, Kansas. After graduating, he spent the next year as a field worker for his parents. In 1954, Billie enlisted in the United States Marine Corps and proudly served for three years. While serving at Camp Pendleton, Calif., Billie met Phyllis Raye Elliott and the couple married two years later in Las Vegas on June 12, 1956. Their first 10 years together were spent in California where after on her honorable release, Billie shipped both wholesale and retail. dairy products and later had its own roads. The couple welcomed five children, with three more to come later. In 1966, Billie and Phyllis decided to move to raise their family in lightly crowded conditions and among friendly people. They moved to Nebraska, living in North Platte and then Maxwell. Billie took a job with Northwestern Engineers, working as an automatic grader on I-80. His work then moved the family to South Dakota and then to various towns in Nebraska. Because they really liked living in smaller communities, the Reeds bought a house in Hershey in 1971 and have stayed there ever since. Billie has held many jobs over the years. He ran a bread route for Metz Baking Company, managed the Barn Store and Moose orange juice stores, worked at the Farmers Co-op elevator in Hershey, and worked at the power station during downtime. He has also opened and managed various businesses including the Tomahawk in North Platte and Reed’s Landing by the lake in Ogallala. Not one to sit still, Billie continued to work in her later years mowing lawns and doing security at age 80. Billie was active in the Hershey community where he served on the school, village, telephone company board, and was a member of the Lion’s Club and the American Legion. He even took the time to golf, bowling, hunt, fish, camp, go to the casino and take vacations every year. Billie loved her family deeply and will be sadly missed. He was predeceased by his parents, Oren and Ruby; brothers, Max and Gary Reed; brother-in-law, John Dinning; son-in-law, Daniel Baustian; grandchildren, Isabella Baustian and Eric Nardini; grandson, John Kalsbeek; and her youngest child, Julie Maske. Billie is survived by his beloved wife, Phyllis of Hershey; daughters, Cindy (Reed) Kuroki and Lucie Reed, both of Hershey and Helene Baustian of Fremont; sons, Dominic “Nick” (Denise) Reed of Sutherland, Darrell (Irma) Reed of St. Francis, Kansas, Billie (Tammie) Reed of North Platte and Pat (Lorie) Reed of Salina, Kansas; his sister, Patricia Dinning; brother, Reggie (Jackie) Reed of Courtland, Kansas; 29 grandchildren, 37 great-grandchildren; and other family. Memories are offered to the family. Online condolences can be shared at odeanchapel.com. The memorial service will be held at noon on Monday, November 29, at Hershey Methodist Church. The services will be broadcast live via the church on hspparish.com. A funeral service with military honors will follow at 2 p.m. at Fort McPherson National Cemetery, near Maxwell. The memorial book can be signed before the church service. Odean Colonial Chapel at C & Sycamore is in charge of the arrangements.